Anyone have some designs they've tried out for do it yourself homemade cylinder loaders?
B

Check around. They really are not that expensive.
N

Yep. Interested in how people may have built their own.
R

I’ve seen someone use 2 large washers with a bolt, but it can load it more than flush. Seemed they used something along the bottom end to cushion the back of the cylinder.

Here's some that I found posted on other forums in the past: 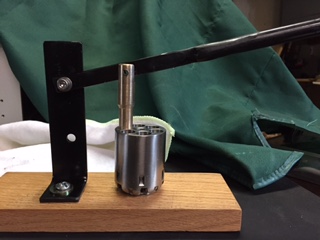 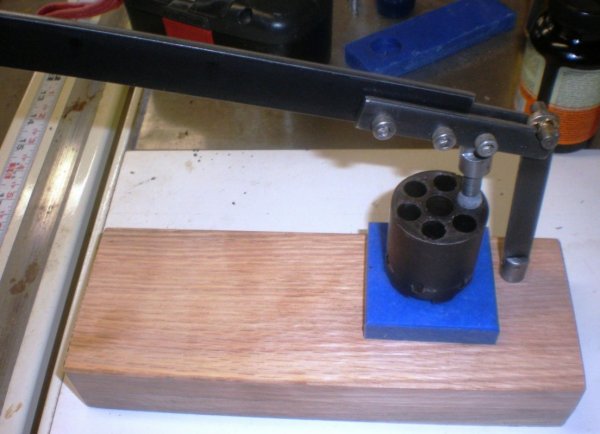 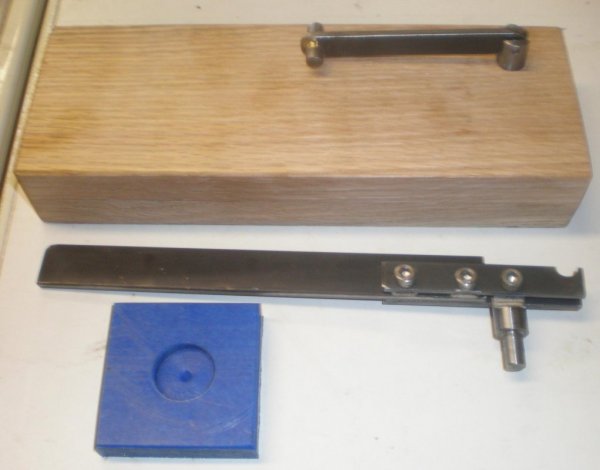 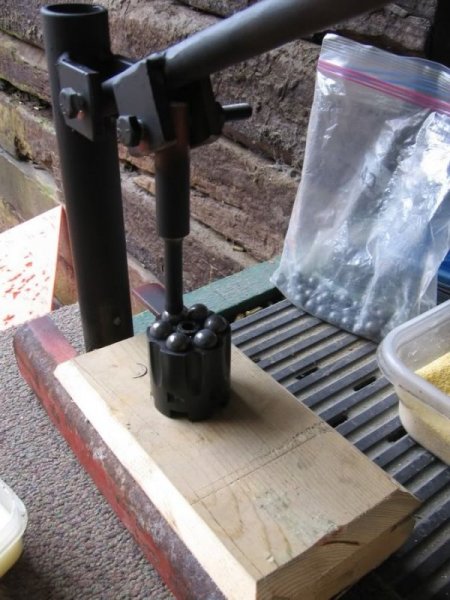 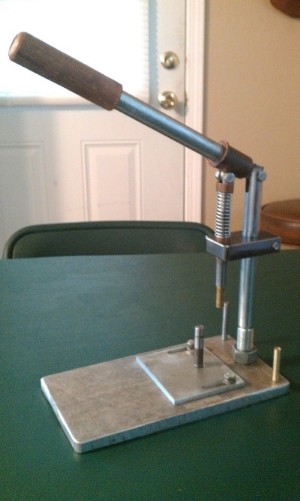 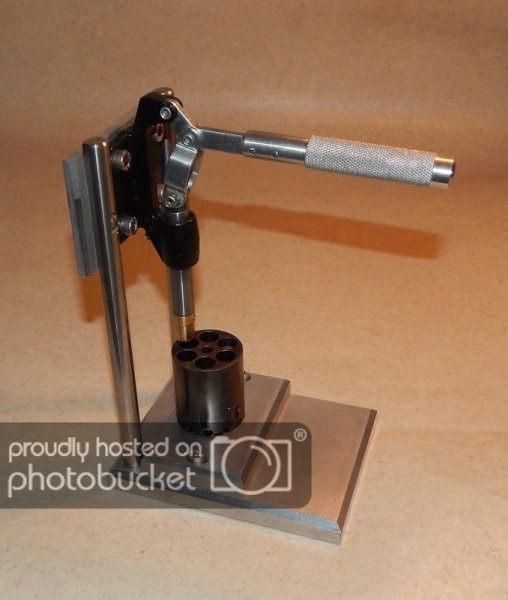 nkbj, is this the sort of thing you are thinking of?https://powderinc.com/product/cylinder-loader/
That #2 loader looks like a pretty good design.
And arcticap, thanks, those are very interesting pictures.
I have thought about putting one of these together myself. I guess it's for the same reason we build kit guns. A very few bucks more you could buy the gun already finished but you'd miss the fun of doing it yourself.
Last edited: Apr 23, 2019

Bolt style.
This first one works best when loading 3 balls at a time to balance the washer so they will load evenly.
Depending on the amount of powder loaded, the loading needs to be finished by ramming the balls all of the way down by hand using a dowel or rod. 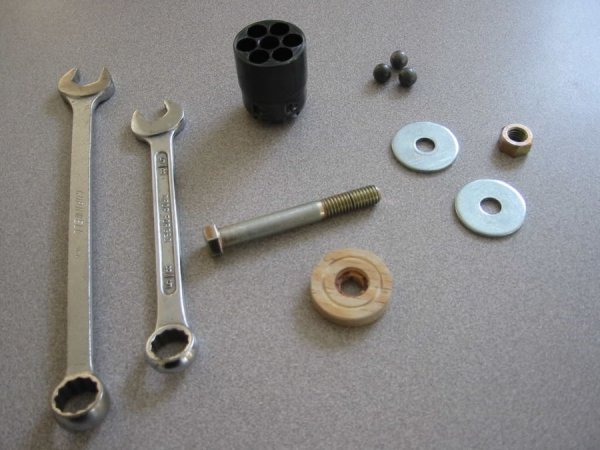 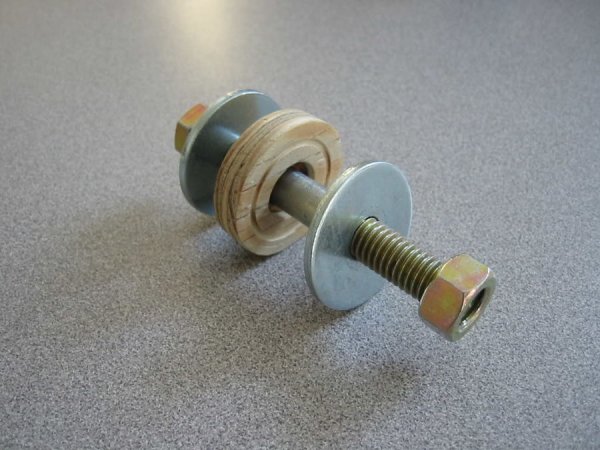 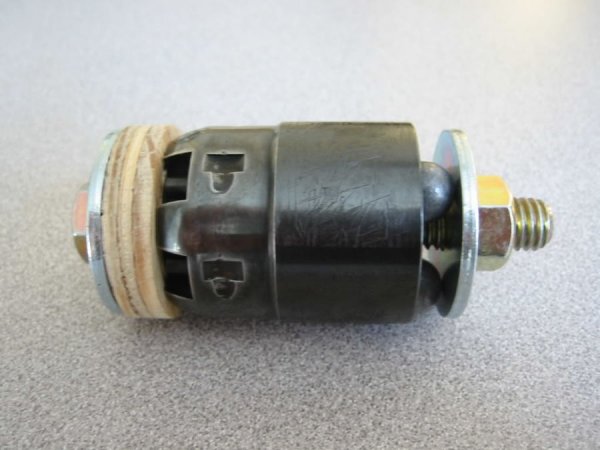 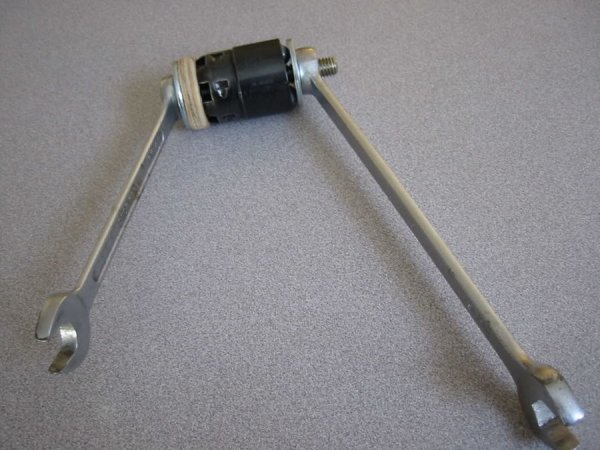 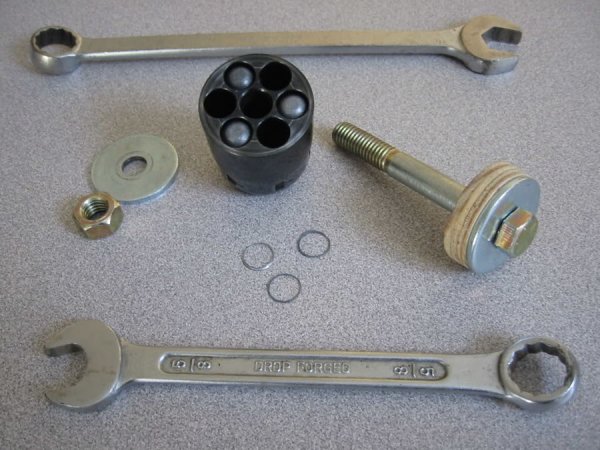 This next one can load a full cylinder of a .31's. Depending on the amount of powder loaded, the loading needs to be finished by ramming the balls all of the way down by hand using a dowel or rod. The brass cups help to keep the washer from spinning when the bolt and nut are tightened down. There's a PVC cup on the bottom to help protect the cylinder ratchet teeth. 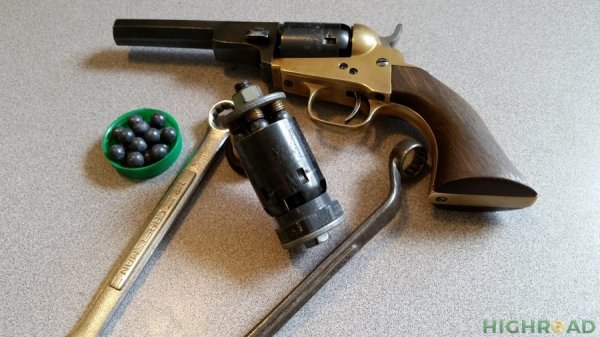 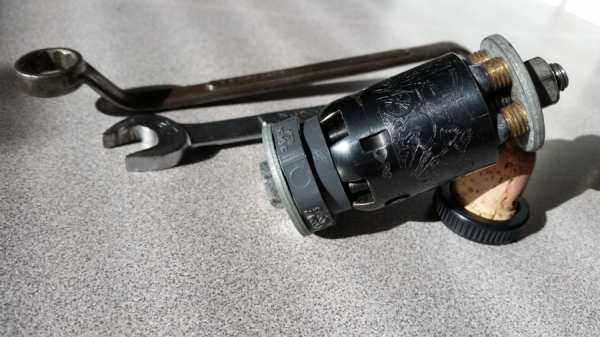 While not a DIY, Powder Inc.'s cylinder loaders are first class.

I do not have the talent nor tools to build my own, thus for me it is easier to buy.
F

Have to be careful when loading more than one ball at a time with some loaders.

Fellow at a match had one of the types that you load all 6 balls at a time. He put in the powder, Cream of Wheat as a filler and 5 balls. He went to seat the 5 balls all at once and was only partially able to seat the balls. Ever try to pull a ball half seated in a cylinder?

Problem is that Cream Of Wheat does not compress. If you use oatmeal as a filler it will compress some.

We were able to use my loader but, it did take a lot of effort to seat the balls below the cylinder face.

Loaders have to have enough leverage and "umph" to handle stupid at times.

Again not DIY, the ultimate loader is the Tower of Power, but it could be a model for those who have the time, talent and tools.

I apologize in advance if these photos come our sideways. 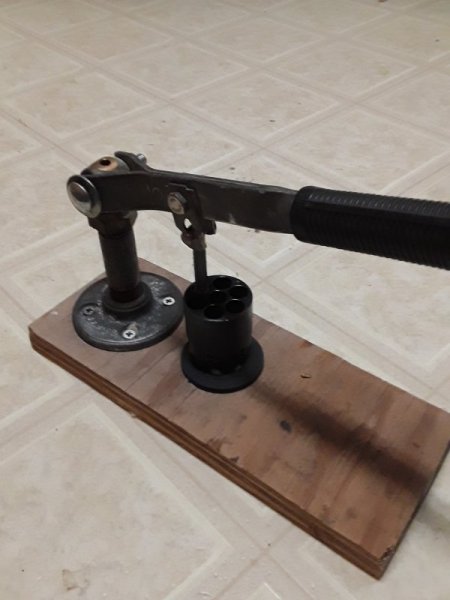 My tablet wont send pictures and I'm using a smart phone
The handle was an old bent ComAlong. The rest was just junk I found in the garage but hey it works. 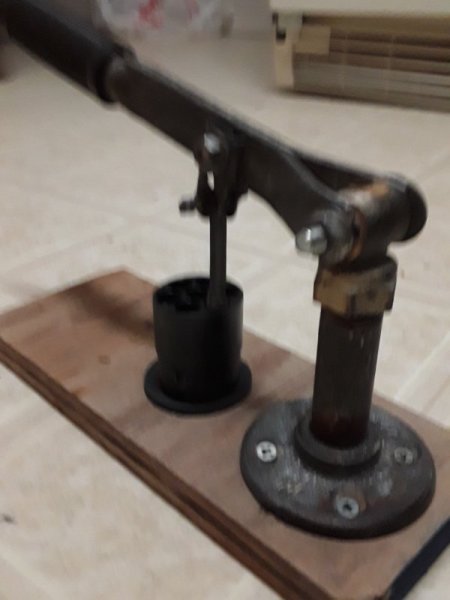 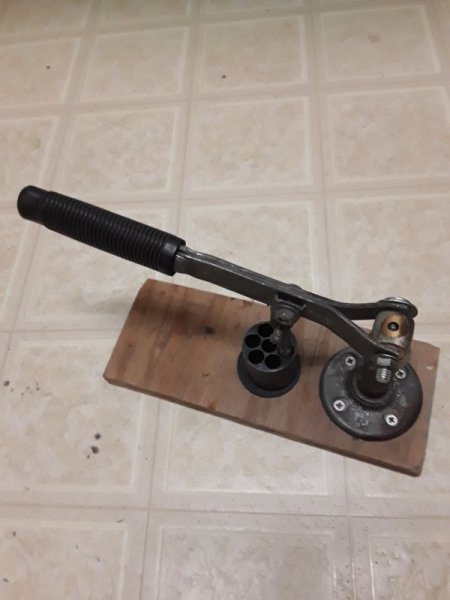 Using a press or loader is an extra step or two but it sure saves on the wear and tear of using just the rammer. Especially on a brasser . This should extend the life of a brass frame and keep the "stretching" to a minimum. Its a little more time consumming but really who's in that big a hurry?
F

Actually I find using a press faster than loading on the pistol.

Beside the advantage you pointed out in using a press there is another one. Ruger has no spare parts for Ruger Old Army's and if you damage one of the parts while loading a cylinder, you are out of luck.

When did Ruger stop production of the Old Army? I knew it did I just dont recall when.

FishDFly said:
Actually I find using a press faster than loading on the pistol.
Beside the advantage you pointed out in using a press there is another one. Ruger has no spare parts for Ruger Old Army's and if you damage one of the parts while loading a cylinder, you are out of luck.
Click to expand...

Jack First Gun Parts is making some replacement parts for the Old Army.
They make a reproduction bullet rammer and base pin among other parts.


Eutycus said:
When did Ruger stop production of the Old Army? I knew it did I just dont recall when.
Click to expand...

A quick search of the Ruger product history [serial number] database indicates that they ended production of the Old Army in 2008.

Although they still make the parts that the ROA shares with the Blackhawk, things like the loading lever, cylinder, etc are no longer made.

As I recall, one of our British members needed a new cylinder pin and found that they had become unobtainium so he checked out the idea of having one made.
Although he found a place that was willing to do the work the price they wanted for it was really high. He asked on the forum if anyone was interested in buying some of them to lower the overall cost of production but he didn't get enough takers to put the plan in action.

Articap, back on Post#5 about the 7th picture down there is a picture of a press with a spring on the plunger/rammer. I too had planned on "spring loading" mine (And still may ) as my press is a work in progress. It does seem to add to or help in the looks department but does the spring really serve a useful or practical purpose?

Yes, those taller standing presses with a longer handle and ram can benefit from having a spring installed so that the handle doesn't droop and need to be manually lifted up over and over
The spring size can serve to hold an index point to begin ramming from and to help adjust the length of the ramming stroke.
More than one person has added a spring to the commercial press that they've bought.
And other folks who have made their own presses have also added a spring.
Having a spring assist can help to reduce the effort and to load faster.
A spring may not be needed on a simple lever press.
Although one could be incorporated into the design, I haven't noticed any of them with a spring.

But this home brewed commercial press did come with a spring.
Just look at the length and weight of the lever that it holds up. 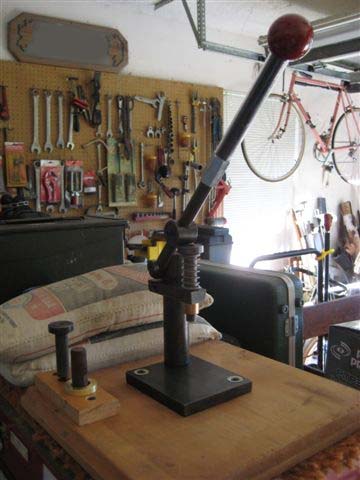 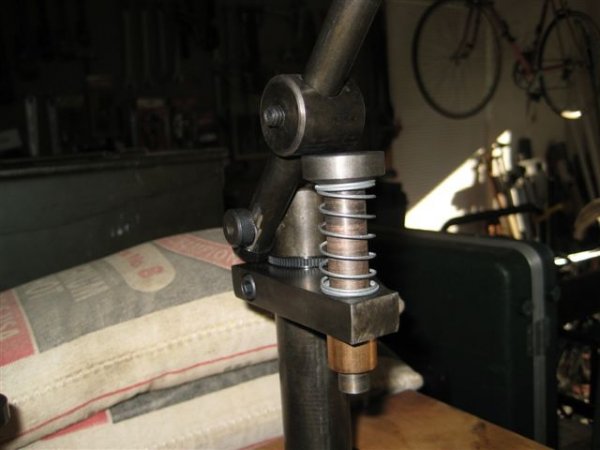 Many thanks, I'm now considering putting one on mine. You stated "a spring assist may not be needed on a simple lever press". Well mine is simple but I now feel it needs a spring. Once again thank you!
2
Share:
Facebook Twitter Reddit Pinterest Tumblr WhatsApp Email Link