A Question for You Idaho Boys

Have you ever heard of a late 19th-century guide or packer named Irving Roy "Cougar" Anderson? I believe he was based in the Coeur d'Alene area. If you have heard of him, what can you tell me about him?

I was browsing around on the web and ended up on the website for Cisco's Gallery. This is an art and antique dealer in Coeur d'Alene. They actually have a pretty interesting selection of antique guns and Indian artifacts, although their prices seem exorbitant, to me. Anyway, I ended up on this page:

I have no idea why they call it a "Fort Rifle," but it is a fine old plains rifle that was reportedly used by Roy "Cougar" Anderson, who described it as "The best shooting rifle he ever owned." If you go to the website (Right Here), you can check it out for yourself. You can read what they provide as a description in the image above, so I don't need to repeat it.

At first glance, this appears to be a fairly ordinary old plains rifle, but I find it remarkable for its condition. Mr. Anderson must have cherished this gun. In addition, if you look at some of the close-up photos, you see there is some nice engraving on it. This is a fine old gun! It is put together with a drum and nipple arrangement, rather than a patent breech, and it has a regular "Kentucky style" short tang and trigger plate, unlike most Hawken rifles.

It has a nicely carved beavertail cheek-piece, but I think the maple stock may have been artificially striped: 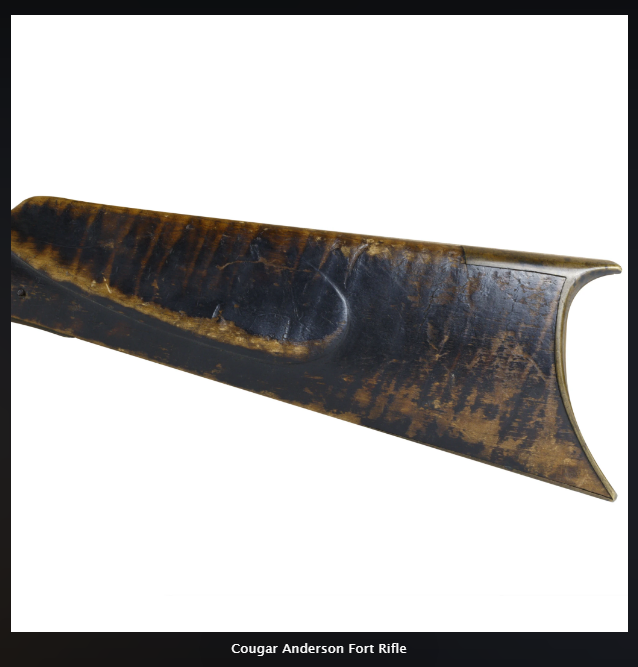 Also, it looks as if the drum may have been vented. Take a gander at this, and see what you think:

Cisco's Gallery also has a couple of other artifacts related to this man. One is an ordinary-looking old Remington cap and ball Army revolver, which was reportedly a Civil War battlefield pick-up, either by Mr. Anderson or his father: 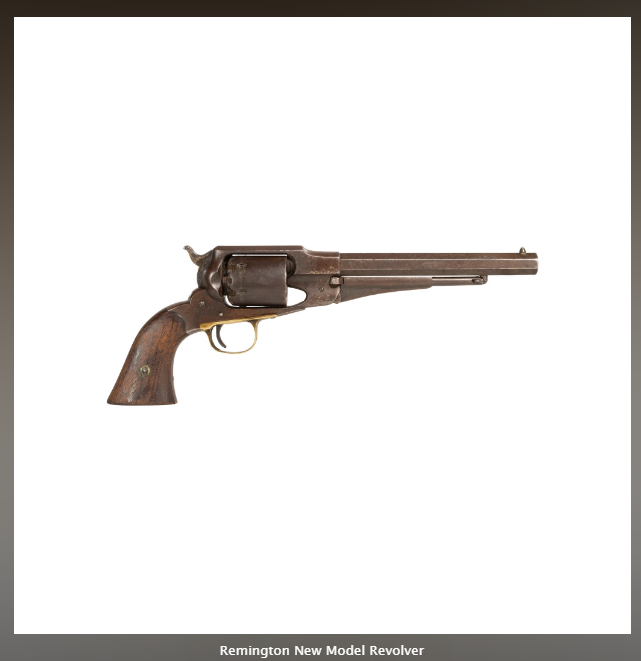 ...and the other is a canvas backpack with a wooden frame, reportedly designed and patented by Mr. Anderson's 17 year old son, who was working as his "camp boy." 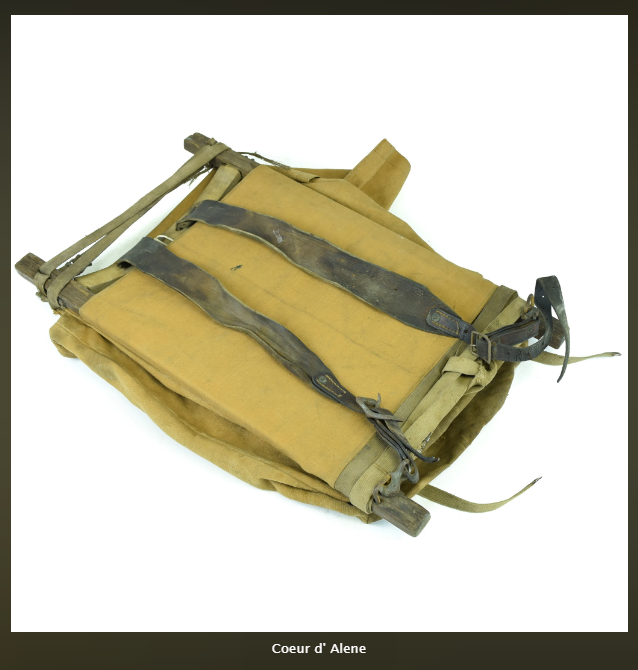 In any event, I am intrigued. I like all muzzleloaders, but these old plains rifles are the ones that really get my attention. This one belonged to a man who apparently continued to use it (and a cap and ball revolver) past the time when muzzleloaders were considered obsolete. And that nickname, "Cougar Anderson"... surely there's a story associated with that! I've poked around some on the web, and even looked through a few old obituaries and census reports, but haven't really found anything.

On a sad note, these three items, which have evidently been kept together and well maintained for several generations, are now up for sale individually. We wonder what the story is on that. Hard times and financial stress? Lack of interest by the current generation of owners? In addition, the revolver must have surely had a holster, and the rifle a pouch and horn. What has happened to those? It's too bad all of these things couldn't be kept together, and maybe put on display in a local museum in the area where Mr. Anderson worked.

So, if you can share any information or additional images of "Cougar" Anderson, I would appreciate it! Those old-time hunters and packers often had tales to tell, and I love to hear them.