The James family were early settlers of Adair County, coming in 1828. John Myers was killed in a battle with the Indians on the Chariton, that battle precipitated by his son, James. Robert Myers, another son, settled on Bear Creek in 1835, and Jesse Walker and his brother James were his neighbors.In 1835 Edward Steward bought 160 acres in Floyd County from Nancy Floyd, paying her two-and-a-half pounds of coffee! He brought with him two hundred hogs and realized large profits.Stewart and Frank Adkins were hunters; at one time they had eight or ten barrels of honey and over 8 hundred bee trees standing in the woods. One day Steward and his brother, George, tracked a bear into a thicket on Steer Creek, and surrounding the thicket.In a short time the dogs were heard, and then a huge panther dashed past, and in another George came rushing up, saying, "There's a dean of devils in here, and they're killing every dog we've got!" Rushing his horse through the bush Stewart saw one of his dogs with a leg broken. Dismounting he bound the wound with his shirt sleeve and then proceeded to the scene of battle where he saw a huge female panther bound into the thicket, leaving two cub panthers in the arena. The two cubs fled when they saw him. George soon arrived, and pulling one of the junior panthers from beneath a log, the combat was transferred from panthers and dogs to panthers and men. George swung the panther round and round until Ned came to his relief; the latter tried to enwrap the swinging brute in a guilt, but it was torn to shreds; a large tanned deer skin was next tried, and the instant this enwrapped the animal George let go his hod, and on the ground the panther struggled for his liberty. Both men leaped on the animal, and when he worked his paws through the hide, seized and tied them. Then they placed a pole on his neck, tied his hind feet, and turned their attention to the other cub which had run up a tree. Ned climbed up and cut down the limb on which panther number four rested. No sooner than he sprang up the tree in pursuit of his tormentor. But George caught his tail and held him until Ned came down. when both captured the brute. During all this time the dogs kept the old female panther off, and she was driven up a tree. She was so furious they did not dare approach her. Ned fired twice and broke her shoulders. Still she fought, and the men dared not shoot for fear of killing a dog. George threw a hatchet at her which struck her above the eyes, but she caught the hickory handle and tore it to splinters, even leaving her teeth marks on the blade. Ultimately Ned Steward shot her through the head, and then left the field for combat, followed by the male panther to within a few rods of their home. The next day the men followed and killed him. They sold the buss in Randolph County to a showman for $50.When it is considered that it required five or six yoke of oxen wonder that men selected the friable soil of the valleys, however unwise such a selection might prove. Owenby could work only in early morning or late in the afternoon, for during sunshine, myriads of green-headed flies would drive his cattle or horses wild; even the deer were driven into the woods by this horde of flies. 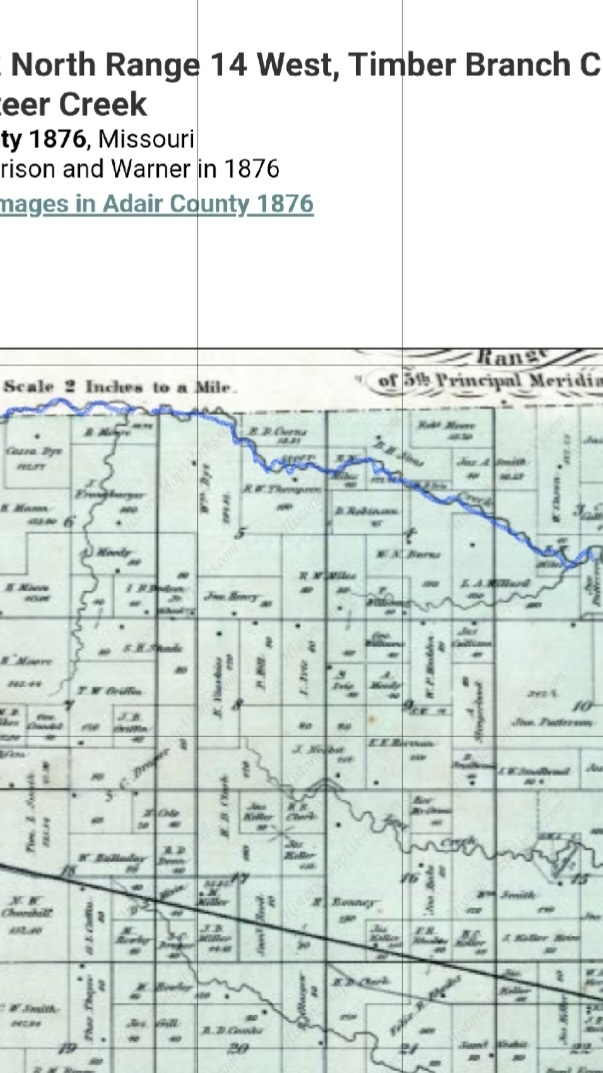 Genealogy to Colonial times and beyond

Making the world a better place, one squirrel at a time.